The entrepreneur made his fortune in the tech boom of the early 2000s, thanks in part to his early investment in his older brother Elon’s startup X.com, which became PayPal. Kimbal remains on the board of Tesla and SpaceX, but his passion for food long ago led him away from Silicon Valley: first to the French Culinary Institute in New York, and then to Colorado to open The Kitchen Boulder, a nationally acclaimed farm-to-table restaurant.

A near-fatal skiing accident galvanized Kimbal to shift his focus from just restaurants to food-centric philanthropy. His nonprofit Big Green brings gardens and food literacy to some of the country’s most underserved kids by building sustainable outdoor classrooms throughout urban school districts.

I heard Kimbal speak recently at Big Green’s third annual “Vintage Denver” event earlier this month, a 1980s-themed party. I came away thoroughly impressed. Vintage Denver was an opportunity to talk to people in Colorado who care about good health, and I took it. Health is more than just a priority for Coloradoans. It seems an essential part of how Coloradoans think about the world around them, so I wanted to better understand that.

“We are celebrating connecting kids to real food – it’s one of the most important and most powerful things we can do,” Musk said at the event. He recalled working with kids who learned they had massive iron deficiencies because of the poor food in their diet. He said that “life came into their eyes” as they started eating kale, spinach, and beans on a regular basis.

Big Green builds outdoor classrooms, which it calls learning gardens, so that children in underserved communities can learn more about food and the environment. Big Green has 68 such gardens in Denver and 500 nationally, and Kimbal wants to build more. 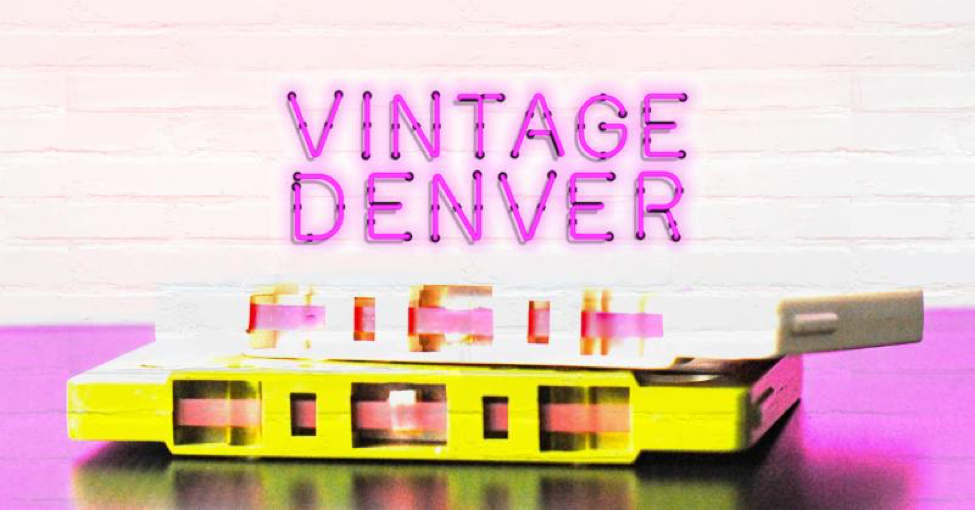 I got to speak with Kimbal for a few minutes at the event. He showed impressive command of the details – not only did he know all the specific numbers for Big Green’s short- and long-term goals, but he also seemed to know the name of everyone at the event! He placed the organization’s mission squarely in the context of improving public health. He and everyone else there had a “lean-in” attitude, while recognizing that their fortune and privilege have put them in a position to help those in need.

The city’s historic Dairy Block played host to the Vintage Denver event. This micro-district is a pedestrianized area home to boutique restaurants and shops. It’s a symbol of what can be accomplished when a concerted effort is made to revitalize overlooked urban environments. That same spirit defines Big Green’s mission to turn schoolyards in underserved districts into outdoor classrooms and gardens.

The stars of the evening were Kimbal himself and Colorado Governor John Hickenlooper, who asked everyone there to raise their hands to give $100 each toward completing 100 gardens in Denver by year-end. Hickenlooper himself promised a $5,000 matching gift. Later, he implored everyone to try to give “double what they planned.”

I was lucky to get a few minutes solo with the governor and with Big Green board member James Corbett, CEO of Initium Health. I was impressed that neither had an entourage. I asked the governor what he wanted to achieve. “Healthcare is a right, not a privilege,” he replied, without a moment’s hesitation. “Better food leads to happier lives. That leads to higher quality of life and far better experiences for kids.” After a moment, he paused, adding that higher productivity for citizens goes without saying.

“What we’re talking about is that making sure that every kid in this city, and ultimately in this state, no matter what their income or neighborhood, has access to high-quality food,” he told the crowd.

And how does Big Green go beyond access? Mr. Corbett is passionate about Big Green’s emphasis on the youth and education. He told me, “The link between poor diet and poor health is well established. Consuming a balanced diet is key to improving health disparities. Working to develop learning gardens in underserved communities can make a big difference. Big Green takes a systems-based approach starting with children. I believe that with structural support from organizations like Big Green, children have the power to shape their entire families’ dietary choices.”

Hickenlooper, Musk, and the Big Green team and board all stressed the urgency of the project: Better health for Colorado kids must happen, and it must start with great food and improved health literacy. All but one of the 18 healthiest counties in the United States are in Colorado (see “To Makes Our Nation Healthier, Invest in What Works”).

Big Green wants to help bring Colorado’s successes to the rest of the country. It’s upfront about what that takes, as Musk and his team stressed the importance of securing the money to start and maintain the gardens in communities that have the most pressing need – a majority of kids must be on free lunch to be considered.

The event raised $200,000 for the construction of more Denver-area gardens. It was a big success for Big Green, and one we’re confident they will build on going forward. For more on the nuts and bolts of how the non-profit works, read on for our conversation with Kate Waller, the non-profit’s national growth director.

About two years ago, Kate Waller met a high school student in Chicago who was participating in one of the outdoor education programs that Big Green’s gardens make possible. The student had just received a prediabetes diagnosis.

“That’s a profound, life-altering thing, especially as a 16-, 17-year-old,” said Waller. While she said the student initially joined to make some extra money from selling the food grown in the garden, the young woman soon saw the opportunity to do more: “She said, ‘I’m going to figure out how to eat the food that we’re growing. My doctor told me I should try to do that, so what the heck.’”

By the time she graduated, she was no longer prediabetic and had lost 60 to 70 pounds. Waller readily acknowledged that’s anecdotal, but it speaks to what Big Green aims to accomplish with learning gardens.

Such outdoor classrooms are not new. Chef and author Alice Waters created the first Edible Schoolyard in 1995 in Berkeley, California. Her organization now trains teachers and administrators from all over the world in edible education programs.

What sets Big Green apart is that it builds the learning gardens for the schools, providing everything needed for the gardens to thrive for years to come

“The idea is that once we build a learning environment in the school, we’re there,” Waller says.  “Schools always get free seeds from us. We do soil amendments regularly because we want the gardens to be productive. We use the highest quality soil so there’s things for kids to pull out of the ground. And then from a programming standpoint, we have annual teacher trainings. There are harvest kits and planting kits that we partner with a variety of agricultural groups or organizations to provide.”

Beyond Denver, Big Green is in six other cities: Chicago, Detroit, Indianapolis, Memphis, Pittsburgh, and Los Angeles. Scalability is crucial to the project’s success, hence the current focus on cities where Big Green can build at least 100 gardens. Big Green specifically focuses on school systems with these cities’ lowest-income families.

“From an impact perspective, we are laser-focused on food environment in underserved K-12 schools,” says Waller. “When kids there get more than 50 percent of daily calories at school, it’s a captive audience to influence behaviors. If kids know where food is coming from, they make healthier food choices, and they talk to their parents about it.”

There are two main programs offered. Garden Bites is for kids from kindergarten to eighth grade. It emphasizes learning about health, nutrition, and science through growing food. High schoolers participate in Real Food Lab, in which students develop a plan to start food-based businesses. Students who have participated in this program can potentially receive funding from Musk’s other philanthropic endeavors to continue these businesses after graduation. Big Green has also provided a new pathway to college: Colorado State University, the state’s flagship agricultural school, has offered scholarships to program participants.

The nonprofit typically partners with businesses and other donors to raise the $250,000 needed to build the gardens and the hundreds of thousands or sometimes millions of dollars required over five years to maintain them.

“In every case, cities approach us,” said Waller. She says the school district in Los Angeles and the mayor’s office in Chicago were instrumental in securing funding for those cities, while elsewhere private donors have led the way. Big Green maintains an internal database of cities big enough to support the project, enabling it to provide a prompt decision when a city applies. Waller says any city much larger than Colorado Springs – population 465,000 – is a potential candidate.

To date, more than a quarter of a million children experienced the learning gardens, and Big Green isn’t stopping.

Waller told us that potential donors should feel confident that Big Green can make the difference it promises to.

“What we’ve done that other organizations haven’t is we’ve proven it,” she said. “We’ve proven that it works.”

Medicare Gets Rid of Finger Stick Requirement for CGM